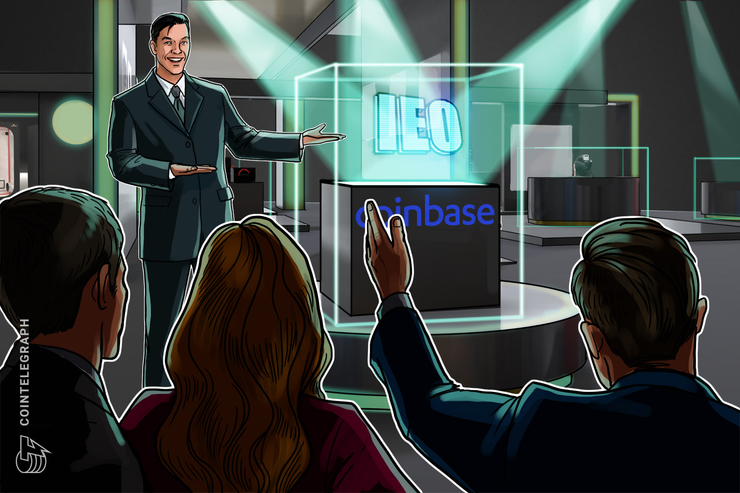 United States-based cryptocurrency exchange Coinbase has indicated it is considering the launch of an initial exchange offering (IEO) platform.

The news was revealed by Coinbase’s head of institutional sales in Asia, Kayvon Pirestani during a panel at the Invest: Asia conference on Sept. 11, crypto media outlet Coindesk reports.

IEO platform could be announced within months

During the panel, Pirestani reportedly revealed that the exchange believes that an IEO represents a “really interesting opportunity” for the business, stating that:

“In a nutshell, Coinbase is carefully exploring not only the IEO space but also STOs. But I can’t make any formal announcements right now.”

As Cointelegraph has previously reported, so-dubbed IEOs have emerged as an alternative model of token offering wherein a centralized crypto exchange acts as a form of an underwriter.

The exchange generally operates sales and ostensibly vets both the projects themselves and prospective investors.

The IEO model often involves the issuance of a proprietary exchange token that is used for the token sales — as well as other purposes — as, for example, with Binance’s native token Binance Coin (BNB) on the exchange’s Launchpad token offering platform.

Regarding timelines, Pirestani indicated that a potential IEO announcement may be forthcoming in the next few months, whereas the exchange’s pursuit of regulated securities offerings remains in relative infancy.

At the time, the exchange announced the acquisitions represented the beginning of a process to become a fully regulated broker-dealer under the supervision of the U.S. Securities and Exchange Commission (SEC). It noted that if a broker-dealer license were to be approved, the platform would soon be capable of offering fully compliant blockchain-based securities.

Within several days of the announcement, however, Coinbase formally retracted its claim that the acquisitions had occurred with the involvement of the SEC and Financial Industry Regulatory Authority (FINRA). The SEC confirmed it had not given its explicit approval for the deal, with a spokesman noting that communication had been of an informal nature.

Perestani reportedly confirmed earlier today that broker-dealer licenses had eventually been obtained by the exchange, but that the platform was still working to repurpose the licenses.

He also noted that security tokens are “talked about a lot but traded much less,” indicating that Coinbase could still bide its time with rolling out such offerings.